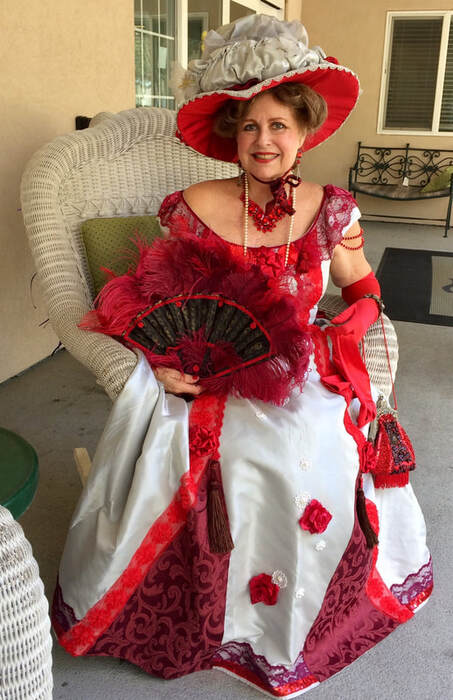 ​The story of empire builder Henry Morrison Flagler comes to life in this historical drama in three acts.  Henry’s tremendous drive and magnificent accomplishments during Florida’s glorious Gilded Age are seen through the eyes of his three captivating wives as each beautifully gowned lady tells of her years with  the man who  took the blank canvas of Florida and created a rich man’s paradise. Each woman loves Henry in her own way. The devoted but sickly Mary Harkness, mother of his children, stood with him as he founded Standard Oil. Because of Mary's chronic ill health Henry takes her to the wilds of Florida.  Although  Mary tragically dies of consumption Henry always yearns to return to St. Augustine to create a winter paradise for the wealthy.

Devastated, Henry seeks consolation in the arms of the frivolous and high strung Ida Alice Shourds.  Soon Mr. Flagler returns with his second wife to the wilderness of Florida and begins building magnificent grand hotels as his new wife lavishly entertains. Henry builds a string of lavish hotels and a railroad line, but sadly, amidst all the gaiety of the elite social scene, mental illness begins to claim Ida Alice's sanity.

As she spirals into insanity Mr. Flagler meets a wealthy and young heiress who captivates him, Southern Belle Mary Lily Kenan. A scandalous divorce ensues. Henry's 34 year old third wife, soon weds 71 year old Henry Flagler, by this time the most powerful man in Florida. Twelve years after their marriage Mary Lily became the wealthiest widow in the world. Each unique woman shares her experience, strength and hope as Mrs. Flagler. Meet Henry Flagler as only his wives knew him.
Powered by